Ok, I promised my opinion on the MacGyver Reboot, sorry it took so long, I was busy.

I watched the first two episodes and honestly I don't know exactly how to begin....

The introduction in the first minutes begins with: "My Name is Angus MacGyver"....WHAT??? Mac was always embarrased because of his name and we waited 7 seasons to have it revealed.

And Mac works with a team....just like Mission Impossible?....one guy for the action (MacGyver), one for back up (Jack Dalton...and he shoots up people!), one hacker (Nikki Carpenter....and oh my god she's Mac's girlfriend (ok for me) and a traitor (very bad idea). And then there is Patricia Thornton, the boss in the background.
The characters are completely shallow, nothing like the original MacGyver.
The new Mac is too cocky and arrogant, not the friendly, caring, sensitive guy we love.
Jack Dalton is a kind of soldier, gives him back up, by shooting the bad guys. And he seems not to be very clever, e.g. in the first episodes he waites half an hour for Mac in a boat, then Mac comes with the bad guys on his heels, they escape in the boat and he did not disable the other one, so we have a nice pursuit on the lake. What did Jack do the complete 30 minutes? DISABLE THE OTHER BOAT, IDIOT!

The original Jack Dalton was always a bit annoying with his crazy ideas, but you just had to love him.
Nikki is out of the picture (apparently killed) after a couple of minutes, but later she is back and it turns out she is a traitor who sold out Mac and the DXS. Because of that the team needs another genius hacker and finds it....surprise.... in a prison where the hacker (girl) is sentenced for five years for whatever (I forgot, also her name, unimportant).
And Thornton is just the boss, there is no deep friendship like in the original.
There were MacGyverisms there, one of them I liked pretty much, Mac built himself an nightvision, that was cool. The other ones weren't bad either, but nothing new (for example the way tho get the fingerprint for the safe) but I didn't like the way they were presented. The producers used split screen to explain them combined with writings like "duct tape", "paperclip" etc. A little less pace with better voice overs would have been better. The voice overs were a bit condescending and arrogant. I didn't like them at all.
Also the producers didn't get the timeline right, so they were wrong about the death of MacGyver's parents.
A positive thing I remember is, during a hand to hand fight Jack Dalton threw a gun towards Mac, he cought it and knocked the other guy out with it. Then he just let it fall. Thanks for small favours.
The complete story is told way faster than in the original, much more action and explosions. I think that's the way producers want to keep the audience's attention....action from the beginning to the end. I see it with my kids, they are not patient enough to wait how a story unfolds itself, They are used to the fact, that a story starts with 100% and doesn't slow down until the end, unfortunately that's the way it is today mostly.
And one very important point:

Our original MacGyver is SO MUCH MORE HANDSOME! That was a man....not that kid from the reboot!

I think by now you figured that I don't like the MacGyver Reboot very much. I endured two episodes and wasted two hours of my lifetime for it. No more!

For someone who never watched the Original it might be a nice action show, but it is definitely not MACGYVER.

As Cy says in her great clips in the end:

There the only one MacGyver .....is RDA and will be forever. Period.
Walk in love, walk in service, and you will walk in honor.
MacGyver
....by doing so our world will be better each day...
Anja

https://stcloudstatearchives.tumblr.com ... loud-state
That's also the thought in this article of the st.Cloud State University 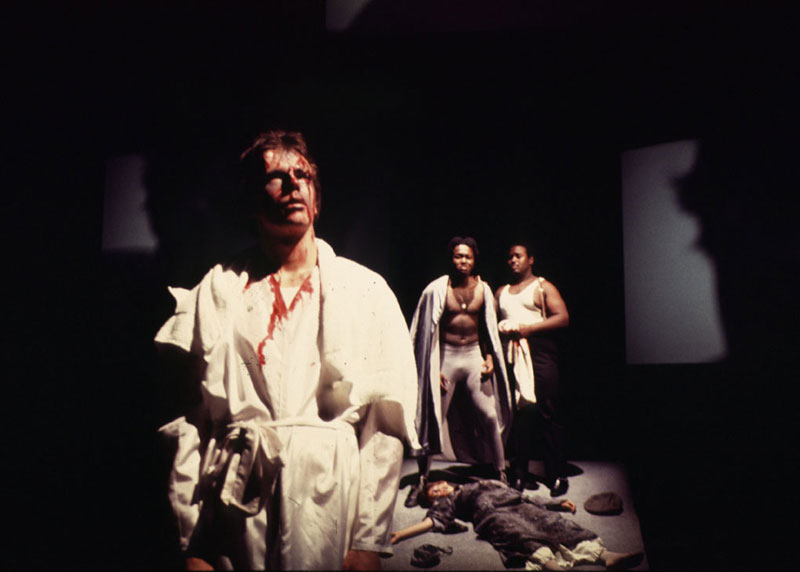 And a couple of years later while at Ohio University.
(I had to add this one since I'm an Ohio girl.)
Beth
Top

MacGyver with blue eyes and blonde hair and Jack Dalton with a gun... Ok. Sure. Why not? --- Irony
Honestly now. They destroyed my childhood and my hero.

I want 40 minutes of my life back. Sorry but this new show is like a nightmare. I'm really happy Richard said no to them. Because he is the one and only MacGyver.
If you want to know where your heart is look to where your mind goes when it wanders

Oh Zuzik! Now don't let that destroy everything!! Rick is the one and only Mac, Bruce the only Jack, Dana the only Pete.. We know that and let me assure you that there's a younger generation who knows that to..

Did you watch the pilot zuzik and NiLa ? The pilot was terrible but they say (?) it got a little better later on.

I remember RDA saying in an interview that he was in almost every scene and didn't have much of a private life then. I'm not fond of shows where teams are involved .There are so many of them nowadays. I watched one episode of Scorpion and I found it extremely boring ,you move from one character to another so fast , no time to know them and like them as we did with Mac (= RDA).

I'm surprised they asked you your opinion on the show LexiW. They don't know ? They don't know it's a totally different show ? Henry Winkler and Lee David Zlotoff don't know they betrayed the original (they were part of it ) ? So hypocritical ! But some people like it , so why bother ? They should have found another title, that's all... the M Team perhaps ?

Rick is the one and only Mac, Bruce the only Jack, Dana the only Pete.. We know that and let me assure you that there's a younger generation who knows that to..

tvero80 wrote: ↑
Fri Jul 14, 2017 7:07 pm
Did you watch the pilot zuzik and NiLa ? The pilot was terrible but they say (?) it got a little better later on.
Yes I saw the pilot because I was curious. Not sure I want see to more... I'm sure this new show will find fans but as I said. For me is one and only Macgyver.

They should have found another title, that's all... the M Team perhaps ?

I watched the pilot and the second episode, too . I have to admid, I don't even know anymore which one I did like less. I already forgot about it. Too unimportant.

The idea with " The M-Team" is funny...with all that gunfire really close to the A-Team (which I liked very much, when I was 15

So, tvero, never mind about the reboot ....it's too unimportant and will be forgotten soon.

We love and watch our MacGyver, that will last another 30 years at least!

Walk in love, walk in service, and you will walk in honor.
MacGyver
....by doing so our world will be better each day...
Anja

They should have found another title, that's all... the M Team perhaps ?

The idea with " The M-Team" is funny...with all that gunfire really close to the A-Team (which I liked very much, when I was 15

I know this thread isn't very popular but I just wanted to revive it even if it's only with one post . George Eads ( Jack Dalton ) is leaving the show . Is it because he wants to spend more time with his daughter in LA (as RDA did before him ) or because of more obscure reasons ?

Anyway without Jack Dalton , the only character left from the original series is Mac (or at least a poor imitation of Mac) .The others are just useless sidekicks required to make up the numbers in a typical 21st century tv show (in my humble opinion) . Sad .