I noticed that in many Stargate episodes Jack in his coffee cup fishing with his finger .
What he always brings from his cup ?
A hair ?
Coffee grounds ?
Or a fly ?

I think that´s funny.
anyone else noticed?
Or something else in the way?

YES, I have noticed that action on Jack's part - always sticking his finger in the cup (of coffee or other drinks)...and I, also, have wondered what is he getting out of his cup of whatever drink it is?????

Your choices are good ones:

He's actually doing that as MacGyver as well, and (I think) in "The Eyes of a Stranger". Even in Legend... maybe it's an RDA thing. Someone should ask him about it in Denver :p
Top

This is a great Idee.Someone should really do , maybe it is not even aware of.

In the MacGyver episodes and otherwise to me i do not notice. should I look for it but times.
My next mission.

He is definitely aware of it. It is a specific acting choice, in the same way that he is always fiddling with props.

I thought he had talked about it in interviews before, and I remember him having this conversation with me back when I was asking him questions that had been submitted by fans. I think it came up when he was talking about other little quirks such as eating jello with a fork and the frequent Mary Steenburgen references. But a quick search didn't turn up the reference. It may have been in conventions that he has answered that question.

But yes, he definitely knows he is doing it, to the point that he has to consciously match the actions each time they shoot the same scene. He says he drives the script supervisor (continuity person) crazy.

Thank you for your answer Kate.This is very interesting .The eating jello with a fork I had read in the interview but i never noticed it bevor.With the cup fell constantly on me, and I was beginning to wonder whether such was in the script .This you hereby also answered.

I remember the jello-with-a-fork talk - and ice cream. He eats ice cream with a fork in SG-1 too LOLOL. But can't remember hearing about the cup-dipping. I used to love to take note of all those little things for my stories.
Top

And I always thought he's looking for a fish.

I love all the stuff like running gags! I'm used to pratice a lot too! 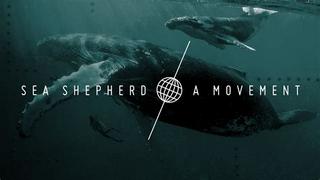 Kti wrote:And I always thought he's looking for a fish.