I mentioned it in my message extra that a friend had the idea!

AND THANK YOU ANNELIES & FIREFLY
for the emotional assistance

Yes! So did I mention that..
Thank you JK

I mentioned it in my message extra that a friend had the idea!

AND THANK YOU ANNELIES & FIREFLY
for the emotional assistance

I’m always there for moral support. 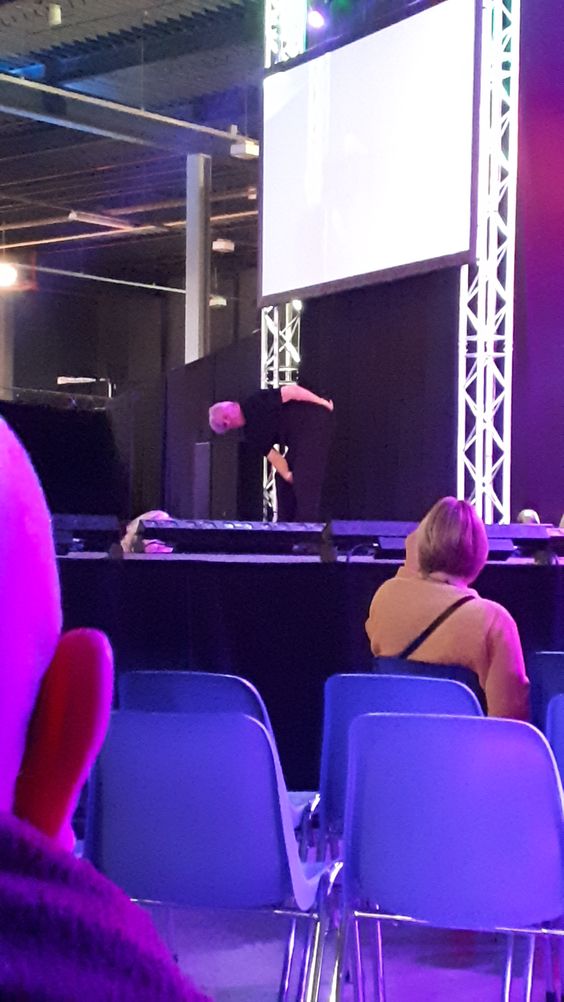 Ear @ the box so he could hear the questions..

It looks a bit empty but those where the vip's seats in front of us..
I send Kate a bunch of photo's and clips.. I missed a view I guess.. will be followed 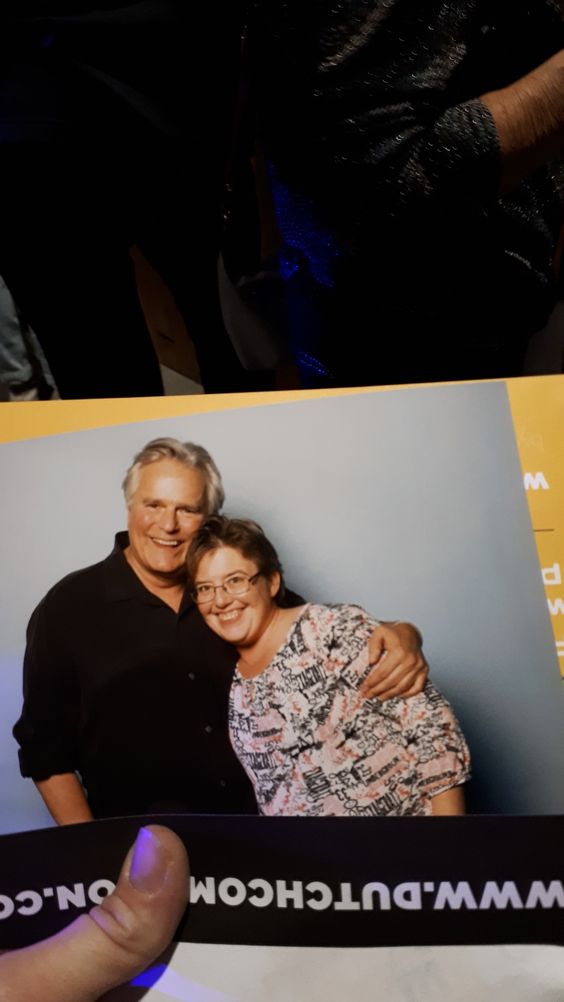 My photo of sunday with him... Without my Wild Loyalist shirt with rdanderson.com though

, but nice I think..
Very happy with it

Thank you to everyone for sharing your photo's and experience of the weekend. Really enjoying reading all about it. Many Thanks

Laugh,Love and be a little crazy.

its fantastic JK!!
Lots of love,

Thanks JK for the photo of your son with RDA, very nice, happy to hear he liked him. Your picture is great, love the Loyalist, very cool.

Also thanks to Rjas441 for all the links to youtube.

Annelies your Sunday pic is awesome too !

Entertainmenthoek did an interview with RDA and said on instagram that it will be forthcoming on youtube as well.

Love hearing your stories all from the DCC, thanks for sharing and keep it comin'.

love,
Beata
"another day, a whole 'nother set of fresh possibilities, I am a sucker for mornings" MacGyver
Top

Oh,JK and Lies and Firefly and JK's son,

What wonderful reports of your experiences with RDA! Thank you so much for every detail and for the photos. Thank you especially for giving him the booklet of messages of love and caring ....I hope he reads them all maybe while on the flight home. And, JK, your photos/collage is so awesome - I am so glad he got to see some of your brilliant work! LOVE IT ALL!

Mega thanks,
Bettie
B
Top

Firstable, I just tell…. Ggrgrggrgrgr… that you would easily translate in your mother language…I am not a geek or a professional of the technology… i just want to make you a report… but my computer decided that my password to the forum is not good…. So …ok… always a plan B …eh eh… Macgyver's fan forever... !!! I write you from my phone…. So I let you imagine how “big” is the screen….Anyway…

As I knew that Mister Anderson will go in Utrecht I was in Los Angeles… and the Dutch ComicCon will take place the weekend just after my return… Ok… and after you know the events that happened… So each day I watched the TV and I watched the forum…. As I returned I saw the beautiful good idea from Annelies and Judith. So BIG THANK TO THEM !!! And after I talked to me… (well… I speak very often with me, is practical)… we only have one life, so enjoy it !!! I decided very late to go to Utrecht. I will be tired but don’t care in comparison with the happiness that a such day gives !!!
So Sunday morning at 3.00 O’clock…. Mission : RDA in Utrecht in action. I arrived in Utrecht at 9.00 am and my first “nice contact” was with a policeman…OK… again a BIG THANK to Annelies who helped me to find the DDC and thank to Whatsapp.

I met Annelies and it was like we know together since either. We had to be a little patient because the doors only opened at 10.00… We began with the photo autographs. We were really in the first persons, except some VIP… anyway, it is the game

. So I took the French book of Dominique with me. It was not clear for me if photos would be at disposal or if we had to take something. But when it was our turn, I could choice a photo and payed to a volunteer (I think it is not the place to pay… but DDC organization…). Hello to mister Paul and I shared a moment with mister Anderson. In Lyon we had spoken about my foreign languages and the fact that I travelled a lot. And I told him that my next trip would be Los angeles. I weared a sweat with “los angeles” to show him. But the fires happened and it was a little complicated to share about a beautiful town and the drama that was just happened. But anyway we shared again about trips and travels in the world.
After Annelies asked for me to a volunteer in a perfect Dutch language (

) where took place the meet and greet. Again it was not clear for me where it would be and how it organised. In Lyon… it costed 500 €… So for 150 €… I allowed me a Christmas gift just to have the pleasure to live this moment one time in my life, not particulary to ask many questions. You see what I mean ?

At 11.45 Meet and greet in a special room, special for many reasons… private, sweet and … with a big problem of acoustic. I apologize because this moment for me was more feeling that understanding. I noticed that the present German, Dutch (and of course English) persons understood perfectly that Mister Anderson told. But it was a little more difficult for me. I understand better that I read. I tried to read on his lips… So you can imagine how it would be embarrassing and the place was so noisy … But … IT WAS FUN AND INCREDIBLE !! If you have the occasion, made it ! I was the first person to ask something… but I was so surprised that I passed my turn. But the nice volunteer offered me later another occasion to ask a question and with my horrible accent I asked something like that “if you have the possibly to pass through again the stargate, which planet would you choose, the “Macgyver planet” to play agein some episodes, the “Stargate planet” or just return on this planet 5 minutes ago to not have this silly stupid question”… and believe me if you want… he laughed…. It was MY moment. He spoke about the fires, why he decided to stay in his house, he told that we need 2 microphones and another place… he took time to each of us, even at the end when the volunteer said it is over. He gave the microphone to Ilana. And I was so happy for her !!! After we made a group photos and after…all in my memories.

Then, I returned with Annelies. Anja just arrived. Judith had to leave. And Ilana stayed with us. So it was a super team in action. We have eaten together (take strength again !) and we went to the photobooth. Again many many many chance ! We were again in the first persons. Each had again a small moment with mister Anderson. For me… I waited my turn. At the moment I wanted to go a volunteer told me something. But unfortunately I didn’t understood because it was in Dutch. Mister Anderson told to me “oh come on” and he took me so close in his arms. That’s why on my photo I laughed because it was so spontaneous… OK mister Anderson … 1:1 in the “laughs points”…

Then, we tried to have a good place for the Main Stage… not easy. So we decided to go on the Legends” stand. Made some photos. Bought some articles and returned… And again and again and again… A big chance thanks to Ilana. We had perfect places to show Mister Richard Dean Anderson. The others already had explained what happened during the convention. He responded to many questions, had a trouble with the sound system, and apologized for his president. A nice moment.
And then… It was time to return for me because of 4 hours of the return road…. And more because of traffic jam in Holland and in Lille (France)… So I arrived at home, like excepted…. TIRED… but HAPPY !!!

(Please take this text with sympathy and humour, as I wrote it. Life is not serious… But all I wrote were really happened)
Thanks for reading me.
Top 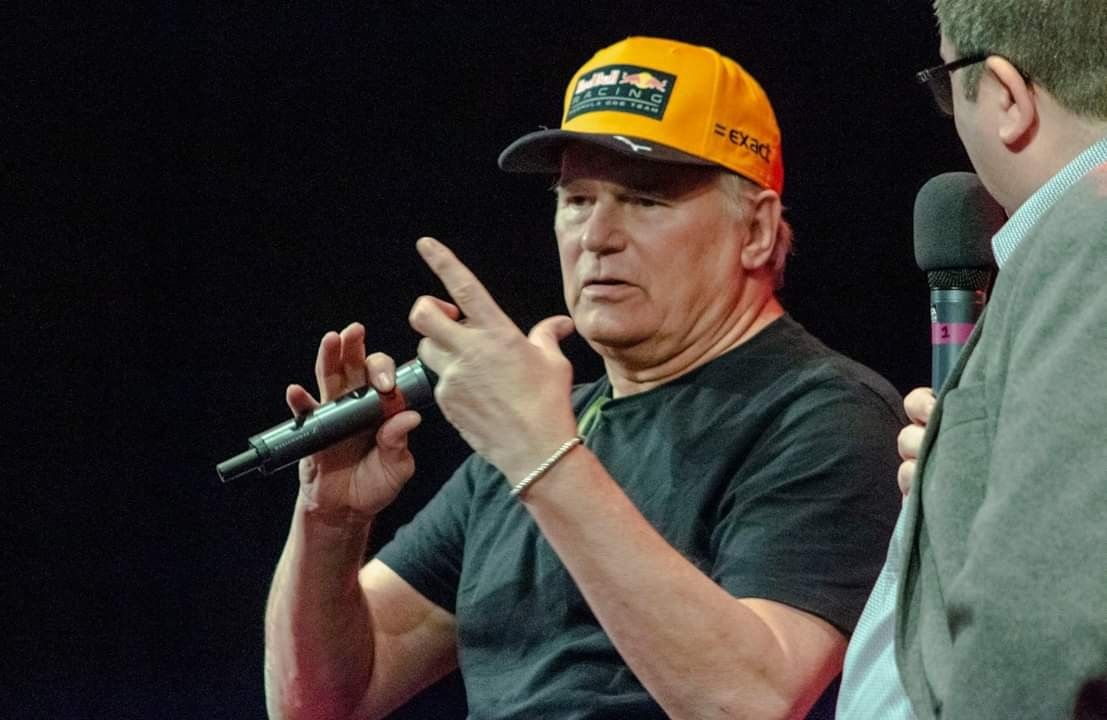 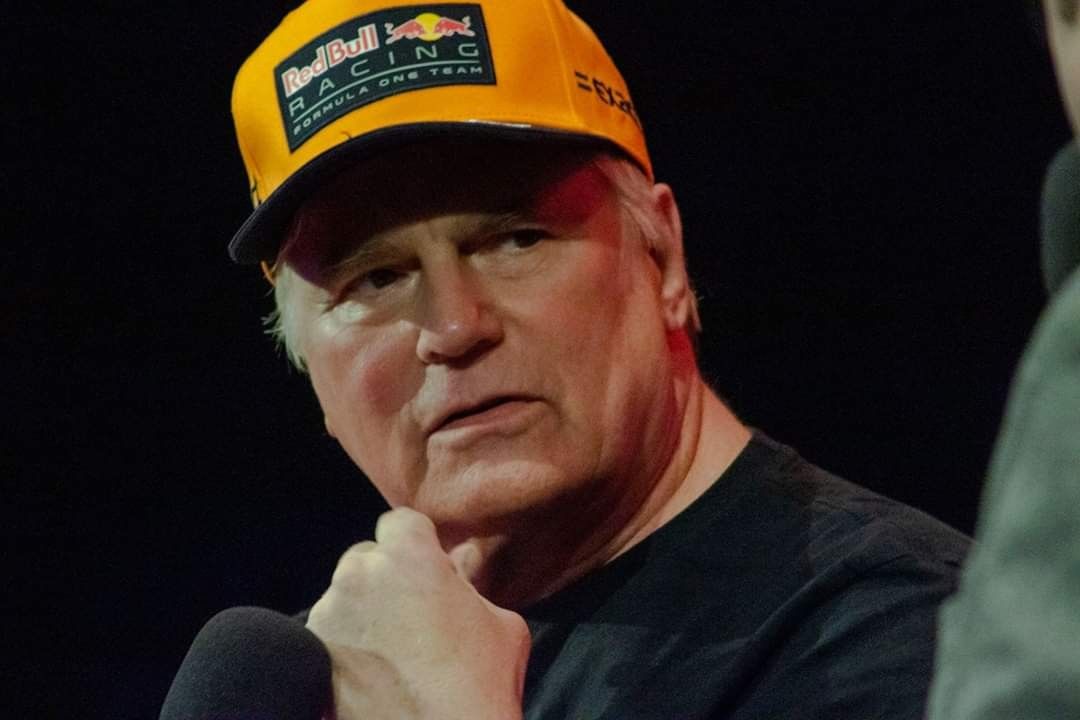 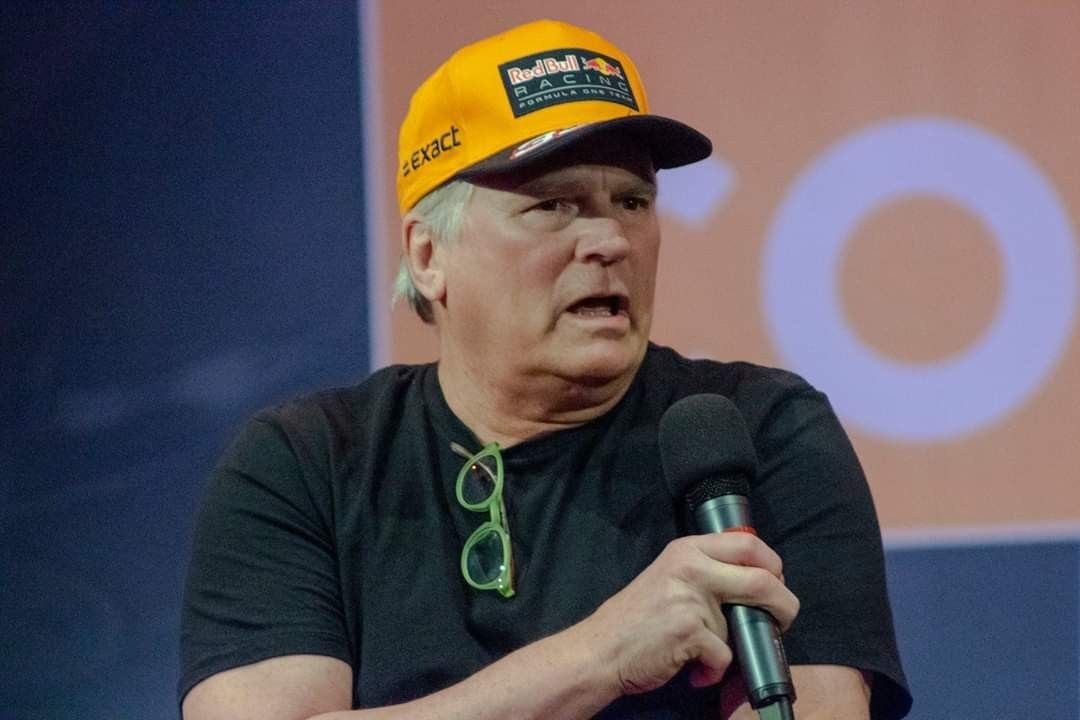 Thank you so much for your story Karine!!!!
I was there again