If I switch to the desktop version, it works on my phone as well. 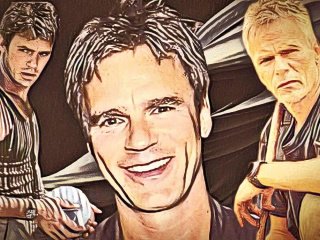 JackGywer wrote: ↑
Fri Nov 30, 2018 12:29 pm
I suddenly have problems seeing the videos, but only on the smartphone. The description of the video is displayed directly in front of the video and it can not be removed. It will not open in a new tab. Anyone else the same problems?

I had that problem originally, and that is why I went back and changed ALL the descriptions so that they were no more than two lines on a browser, and would still fit under the video on a phone. That corrected the problem on my phone, and everyone else who responded said that the problem had been corrected for them too.

I'm wondering if it could have something to do with the individual settings for font size on a phone. There's nothing I would be able to do about that other than to remove the description entirely and let people wonder what it is they are watching.

Thanks Kate, working on my phone now

Changing the font size on my phone did not work. So I have to use the laptop for the videos.

Okay, so I just spent a couple of weeks re-doing several hundred pages to ensure that they are compatible with older browsers like IE. In the midst of all this, I discovered that the little "Google Translate" option that I installed in the upper right corner of every page was no longer appearing.

At first I thought Google was down or something, but then I noticed that it DOES show up in Firefox and IE. Not in Chrome.

But there's no news or explanation about what big change just happened that made it simply invisible in Chrome. And whether it will soon disappear on everything else.

It doesn't say WHEN it happened either - I only just noticed it tonight. But it complicates things because it is a HUGE hassle to add that feature in the first place (basically I have to save two versions of EVERY page). So if it's not being used in Firefox or IE, and it's not showing up in Chrome, what's the point?

I guess I'm asking, is everyone seeing the same thing? No translation button in Chrome? (Yes, the little external pop-up box offers to translate when a page is in a foreign language, but that's not the same as having the option to translate any page into any language.) Has anyone heard what's going on with this? I know lots of people who come here are already fluent in English and don't use the translation option anyway, but that's not true of everyone.

I can't keep rewriting thousands of pages every time one of these external features changes. Is there any point to my trying to offer translations anymore?

(This is one of the key reasons why I don't trust an external service like YouTube to host videos - something that can wipe out an entire feature of the website without warning.)

I use Google Chrome on both my laptop and my phone. On the phone, the option appears on the top right, but not on the desktop version. But I've been using this browser for years and every time I visit a page that's in a different language, Google asks me if it should translate the page, automatically. For me as a Google chrome user it is therefore not a necessary feature and it does not matter if it's offered or not.

Hi, I use Chrome on my phone and laptop and the translate option is available and working on both.
Laugh,Love and be a little crazy.

i use chrome and to be honest, i never saw a translate button in the first place (never paid attention i guess). i know we have a few user here who are not fluent in english, so it is a difficult decision to make it this is worth it. i think we have enough user here who speak more than 1 language and can translate if necessary so you do not have all the work (i can translate English and german if needed to). just an idea...
"Dogs are my favorite people !!!"
"I've got to have fun or it's not worth it."
RDA
Top

I just finished converting a bunch more pages, and suddenly the Google Translate box is appearing again on all the pages in Chrome.

A temporary glitch in Chrome? Or do you suppose it will keep working until I get all of the thousands of pages converted, and THEN suddenly disappear for good?

BTW, I've been updating a lot of the code. Mostly it shouldn't be noticeable on common browsers, but if you suddenly find some weird formatting, just refresh the page so that the new code is loaded.

I'm nearly done converting the MacGyver section. Back to work...

Thank you Kate for all the hard work you put in to it to keep this side running and keep us happy.

I don't use it since I don't need it (I've even desactivated the annoying pop up that kept asking me if I wanted to translate the pages), but I went to check. It works for me on Chrome on my laptop, tried several languages and it seems to be working good
Top
Post Reply
196 posts