Thank you, Rick, for the

and picture perfect Andy! Hope you're feeling better after the rc and not minding Wylie's v-day choice (it might help if you sent her airfare

Thank you, Kate, for posting the latest thoughts of Rick to the Forum! I hope your 14th was filled with

Thanks so much, Rick, for the pic of Andy, and thank you also to Kate for posting.

Andy is such a lovely girl. She has such beautiful brown eyes - an old soul for sure.
Top

Thank you Kate for posting Rick's latest note and photo of Andy,. Andy is precious. Rick is too!
B
Top

Thank you very much for sharing pictures and thoughts from Richard (and Andy)...
About Valentine's day... Welcome at parent's club, dear father

But heart and soul (and patience) are real values... 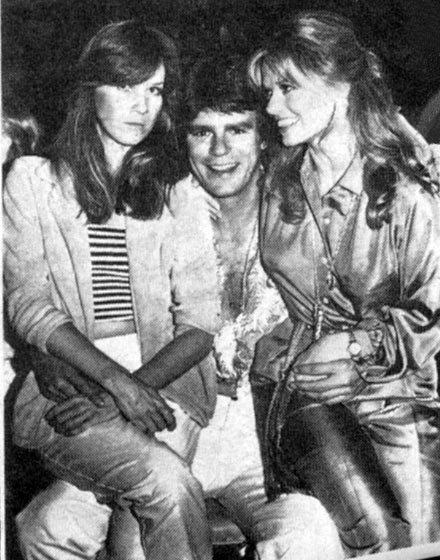 Have you seen this photo before ??? I haven' t. Kate must have added it ( it isn't the only one , please , check the photo gallery from time to time) . Isn't she terrible ?

Thank you for the look back and explanation, Rick - adorable Wylie with the too cute lion cub! Wylie looks so patient and loving

Thank you, Kate, for getting that "news" to us!

Thank you for all the hard work, Kate, just got through all of it, so grateful! hope you are fine!! And hope RDA is okay also... thoughts and blessings are with everyone❤
Lots of love,

Please, take care all of you.
I'm not very present at the moment on the forum because of my work.
But crossed fingers for all of you

Not much in the way of "news." Mostly the typical quick messages with promises to send more "tomorrow" that never comes.

We've been exchanging pictures - I thought that might motivate him to keep in touch. The only reference he's made to the virus was a quick note the night Tom Hanks and his wife announced they had been tested: "So, the Hanks’s tested positive...." That was the entire message. He's been looking after Andy, who is going through health issues of her own. I tried to get a comment out of him the other day and all I got back was a one-sentence question in response to a message I had sent him 8 months ago. I'm not even sure if he actually sent it or if it was something that had just been sitting in his outbox all this time. I'm still trying to reach him, but he very rarely responds to a direct question.

I'm fine, though. No symptoms or reason to suspect I have been exposed - although the virus is now overlapping allergy season! Getting lots of stuff done at home, mostly genealogy research at the moment and any excuse NOT to start cleaning out closets.