It's hard to believe that it has been 25 years since RDA and I first met. I decided it was an anniversary worth celebrating.

Fortunately I had kept a journal after the visit, because I never would have remembered all that detail 25 years later without it.

Even so, it took me the better part of the week to put it all together, and I'm actually surprised I remembered that much detail even then!

In any case, the article can stay as long as the pictures don't end up on eBay. Then, next year, if I get my act together, I can celebrate another 25-year anniversary of our second meeting the following year on the set of Prometheus Syndrome.

Thank you Kate for publishing your new article, was a joy to read it.... I am trying to think what was i doing 25 years ago... ? I was 17 years old, just fresh out of high school. Struggling to find a job. 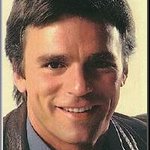 Thank you for the wonderful article!

KateR wrote: Then, next year, if I get my act together, I can celebrate another 25-year anniversary of our second meeting the following year on the set of Prometheus Syndrome.

A HUGE THANK YOU Kate for sharing your visit behind the scenes.

It would be great to read also about Prometeus Syndrome next year. I hope you'll make it.

Thank you, Kate, for the behind the scenes look at MacGyver - in honor of your 25th anniversary of first meeting RDA.

The details and the photos are spectacular. I love every mention of RDA's name and his preferences - like riding his bike to the set (sometimes) and being very particular about his clothes on the set. This was a thorough and detailed view of what it was really like to film a part of an episode of MacGyver - and one that we will always cherish here.

So glad you took the time to compose this and to share it with us. Mega - thank you!

THANK YOU SO MUCH Kate for the wonderful article for behind the scenes of MacGyver. I enjoyed reading all the details, and the photos were awesome. Have a HAPPY 25th ANNIVERSARY of your very first meeting with THE MAN. What a great day. I can imagine. And I hope you'll make it to post next year's anniversary from Prometheus Syndrome. Thank you again for sharing with us your precious memories. We always appreciate your efforts and the time you put into this amazing site to keep us up dated. RDA is very lucky to have you running his official website, as we are also lucky and grateful for giving us the chance to somehow be in touch with our favorite man. Thank you Kate for your fantastic work.

I want to add my thanks for the latest update, Kate. That was very insightful and a GREAT report. I loved reading all the behind the scenes infos and how stuff works and the pics from the soundstages etc are just wonderful. It's TV history and another puzzle to RDA's bio and very appreciated, thank you.
Top

Thank you Kate for this detailed behind the scenes

I wish you a belated happy anniversary !

Thank you Kate for the latest news: to 'MacGyver' has become a verb in the prestigious (and formal?) Oxford dictionary !This is the apotheosis

Other examples of words which appeared along with MacGyver:beer o'clock(time to drink beer) ,manspreading (sitting with legs apart in public transport

) and hangry(angry for being hungry).

[quote="tvero80"]Thank you Kate for the latest news: to 'MacGyver' has become a verb in the prestigious (and formal?) Oxford dictionary !This is the apotheosis

Yes, thank you, Kate, for this announcement about MacGyver being included in the Oxford Dictionary as a verb. I know that has got to warm the hearts of RDA and all those who had a part in producing and acting in MacGyver. Quite an accomplishment and just one more reason MacGyver is THE ALL-TIME BEST ACTION SERIES EVER - BECAUSE RDA IS THE BEST ALL TIME ACTION HERO ACTOR EVER.
B
Top
Post Reply
1394 posts