Disclaimer: We just want to make it perfectly clear. This is a fan story. All events in this story are purely fiction nothing more, freely inspired from the original series. Also the characters are based loosely on RDA's characters through his career. It should be possible that our imagination put also others characters from other series, but always with a big respect (for making a crossover for example). It is just a labor of love made by his fans and thank you to all those involved in making the series and movies possible without them the shows and movies and indeed our story would not be here

Hello everyone, i propose you a new "game" which need many fantasy....All together we will imagine the life of MacFadden clan today. You can write one or two sentences. Or more if you are inspired.You can continue the story of the former personn or introduce new sentences for a new stories.

So let's go... and enjoy reading

The MacFadden family is composed by Adam, Brian, Crane, Daniel, Evan, Ford, Guthrie. Adam was married to Hannah in 1982. They were so happy, a true love. Hannah tried to have a baby. Unfortunately she lost one in an accident. But the love of Adam and Hannah, and the support of the family were so strong, that few time later, the MacFadden Clan had the joy to become a new member... and then... another one... and then... twins... The first baby called Hope. It was the most beautiful girl in the world for Adam. First he though that he would never know how do with a girl because he grew up with 6 brothers. But he loved her immediatly and promessed to protect her forever. Hope with H, of course to keep the MacFadden tradition, and Hope, because... never give up, there is always hope in all situations.

We are now in december, the 11th .. 8 months, that I live a beautiful adventure thanks to this story with an amazing friend.
We write just for the pleasure, for the fun and always in the respect of Richard Dean Anderson, respect of all his series and all his ways of life, his sense of humour, etc...
The idea to mix all of that came because (I think..) I wrote that Adam had a Grandpa who used a chewing-gum paper for fishing... and Steph jumped and told me "like MacGyver???" and I answered.. "well, why not ???"
And from this moment... we worked hard, we try to find connections with all characters and we wrote so many stories but always in the respect of the original series and in the respect of Richard Dean Anderson...
And if in addition you laugh, we will be glad.

Of course we take from the series, it is our main inspiration. But from what we took, we created this silly crazy wackoo story, without serious but with many sense of humour.
I hope you still enjoy. Some parts are more cute and sweet, some parts are hardier and bloodier...but at the end.... a beautiful adventure for us, the writers, and I hope for any person reading this.

And Thanks all of you for reading

And of course, special Thanks to Richard Dean Anderson for having inspired us. 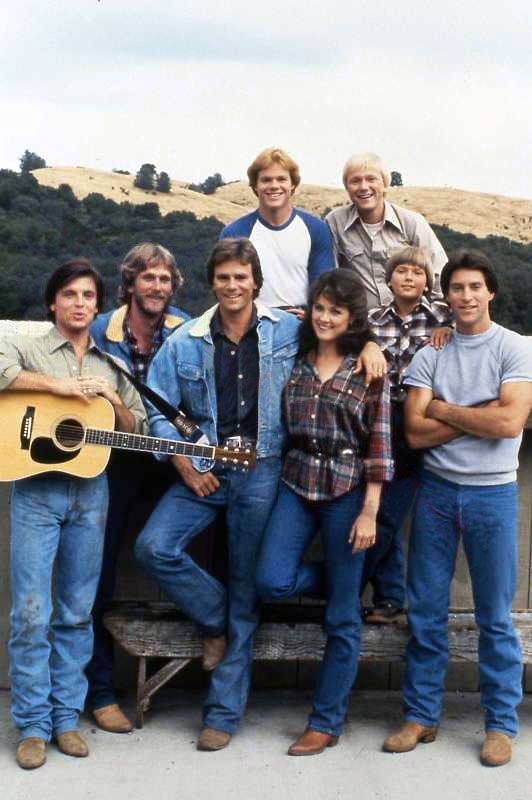 i will give it a shot

i hope you enjoy reading

back to the story:
the second child was a boy they named Isaac which was a name that fitted him perfectly as his name means laughter he is definitely the clown of the family he loves to perform and he loved to play the guitar and write songs with his uncle Daniel.....
Last edited by ergomac23 on Wed Dec 11, 2019 2:31 pm, edited 16 times in total.
Top

the twinns been a joy as well. blond hair and deep blue eyes. one called Dean and the other one listen to the name of Richard. all seemed so well and life could have not been better
"Dogs are my favorite people !!!"
"I've got to have fun or it's not worth it."
RDA
Top

today in the McFadden house hold starts with a crowed in the kitchen eating breakfast Hannah trying to get the twins to stay seated and eat there breakfast and get Isaac to put the guitar down and eat.....then in walks Adam and hope lately hope was asking for her own horse...

"oh come on dad i take care of the other horses whats one more?" hope explained as she sat at the table "your in a loosing battle hope when your dad makes up his mind that's it" said guthrie passing Adam his cup of coffee with a knowing grin in his brothers direction which Adam rolls his eyes in return " besides this household runs on a budget lil darling and i'm afraid there just isn't enough for another horse " Hannah explains as she passes her daughter her oatmeal but hope is as stubborn as her father she won't give up that easy .........
Top

Dean and Richard joined in and make them self know that there wanted a pony for them self. " dad, please, why we al can have one. please." both of them been begging with the softes kids eyes tge world has seen and Daniel who came in the kitchen by this time cold tell that Adam struggled to stay strong to his decision as he said no already to Hope...
"Dogs are my favorite people !!!"
"I've got to have fun or it's not worth it."
RDA
Top

"i'm sorry guys my decision is final " Adam said as he washed out his coffee cup "but..."hope began before her father put his finger up signalling he was not saying another word on the matter "now come on your going to be late for school " Adam said calmly "OK" hope said in defeat then Adam came up to her and swooped her in to a hug "now wheres that smile gone huh?" she looked away from him then Adam started to tickle her and she roared with laughter"daddy stop" she said trying to pull out of his grip "ah there it is, the most beautiful smile I've ever seen" said Adam as he gave her a kiss on the cheek before putting her on the ground again " i'll see ya later OK " Adam said giving her, her back pack "see ya " hope smiled and ran to the front door "good bye to you too " yelled Hannah after her then Adam turned to Isaac who had just finished eating and talking to Daniel "see ya later champ" Daniel said as he messed his hair "later " Isaac smiled " don't forget your chores right after school" said Adam " yes dad" Isaac said and ran after his sister " i bags the front seat " he yelled "oy it's your sisters turn " Guthrie yelled to him as he grabbed his keys and headed out the door behind them .

Adam smiled and shook his head "sometimes i don't know whats going on in that girls head she wanted a bicycle and now a horse " he said exasperated as he hugged Hannah " i don't know she kinda reminds me of someone " she said " huh and who would that be?" Adam asked the Hannah kissed him and smiled "you" which made Adam roll his eyes he could not deny she had a lot of him in her his stubborn streak and his love of animals he discovered that when she was 4 years old and she disappeared one day scarring everyone ,when they finally found her she was by the creek in the rain taking care of a wounded calf that escaped from one of the neighbor's ranch she refused to leave until the owner came and took the calf home even if she ended up in bed with a cold. she was definitely her daddy's girl .

Brian and crane came in from tending to the animals interrupting Adams thoughts.....
Top

"morning everybody." both of them looked hungry and went over to grab some food. pleased with the choices they mad both of them sat down and looked around. "what new to the world" Brian asked and put a piece of bread in his mouth. Adam looked at his wife and replied with a heavy sights. "Hope wants to have a horse and this is not enough now Richard and Dean want one as well." Brian's grin was a picture and as he broke out in a hearty laughter he replied "Well, all fun and games, till somebody brakes a fingernail."
"Dogs are my favorite people !!!"
"I've got to have fun or it's not worth it."
RDA
Top

"Hi everybody" finally arrived Evan and Ford. In fact, all brothers leaved the Adam's house to live their own life. But each one built their house next to the family house. And they immediatly have taken part to the conversation about the horses- Pony. But Adam looked theirs brothers and hit the table "you are always in my house guys. So i'm always the chief here. Perhaps no more in your own house but here yes. So, no horse, no pony. Hannah give me the bread, please". Hannah was anormaly quiet until now. She doesn't feel good since a few days...But she doesn't say anything in order to not worry his lovely husband.

Then, Evan, uncle of Hope Isaac, Dean, Richard and now father also from kids understood the envy to have a horse or pony. He opened a school of rodeo. So, to take all esay, he proposed to Adam to take his nephews and niece one time a week in order to be with the horses.... in waiting to grow up...
Last edited by karinedauphin on Mon Apr 08, 2019 6:31 pm, edited 2 times in total.
Top

Adam looked at his wife and than at his brother in disbelieve. did he just heard right? "Even, i don't know what to say apart from thank you from the bottom of my heart. this is an amazing idea and i really do hope that it will quiet down all the arguments and discussion we had and now hopefully don't have." he looked back at his wife but could not find much of a happiness in her eyes. his cheerful grin disappeared as he watched her now closely with more concerned eyes. "Hannah, are you ok? you look pail my sweetheart" she replied with a wave of her hand "Everything is fine. don't trouble your self." and than searching the eyes of Daniel and Ford. "how are the cows doing today?". Adam let it go for now, good knowing that his wife have not been honest with him but didn't want to start to question her even more in front of his brothers who have all be sitting around the table and enjoying they breakfast.
"Dogs are my favorite people !!!"
"I've got to have fun or it's not worth it."
RDA
Top

after breakfast everyone went a head with there chores around the ranch because even though they all lived next door to each other it was still one ranch and needed everyone's help although the twins weren't much help they were supposed to be helping there mother clean and muck out the horse stalls instead they started playing hide and seek in the loft all of a sudden the game was interrupted by a loud noise they hurriedly climbed down the ladder and ran out side with there mother to see what the commotion was about.....
Top
Post Reply
656 posts

Return to “Movies and Other Roles”